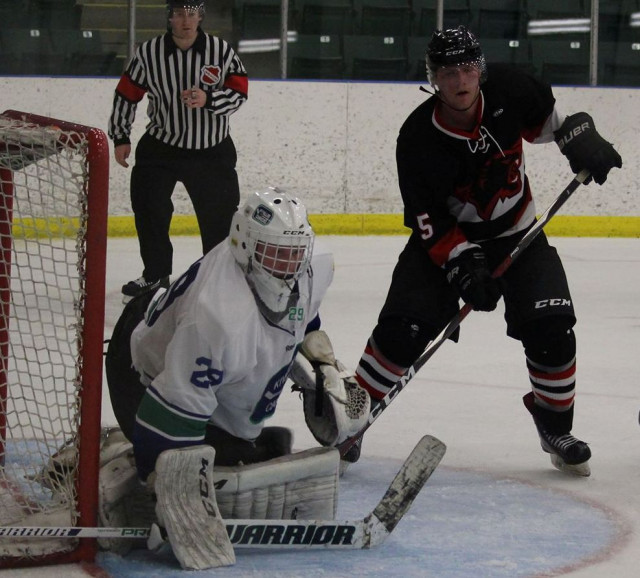 There will be a re-match of the NB provincial championship series on Sunday with the tournament host Western Valley Panthers taking on the Tri-County Rivercats in the Maritime - Hockey North Junior C Championship game on Sunday afternoon at 2pm.

The Rivercats come in after a dominant 7-1 win over the Tignish Perry's Contruction Aces (PE) on Saturday afternoon.  The Aces were short staffed with a large chunk of their roster out with the flu.  Although they got on the board first, the team seemed to run out of energy in the second half of the game when the Rivercats took over.

In the night game, the Western Valley Panthers also cruised to victory with a 5-1 win over the Kivalliq Canucks (HN).

The Rivercats swept the Panthers in four straight games in the NB Championship series, but anything can happen in Sunday's huge winner take all game at the Ayr Motor Centre.